Wind energy is the fastest growing renewable energy source in the world. The United States now has 82,143 MW of installed wind capacity which powers roughly 25 million homes (AWEA 2017). Wind energy is expected to grow in order to meet energy demands, reduce fossil fuel use, and facilitate society's transition to renewable energy sources. The strongest wind resources are associated with the Midwest, Great Plains, and offshore potential, with the southeastern portion of the country limited with relatively low wind resources. 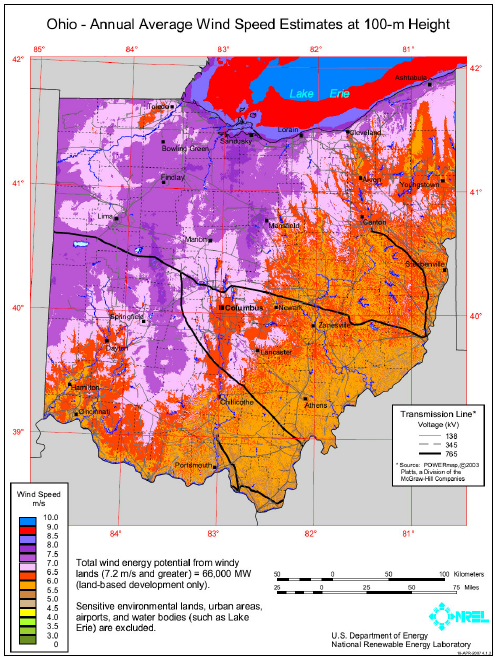 Ohio has a long and deep connection to wind energy. In 1888, Charles Brush built the first wind turbine that produced electricity to power his mansion in the Cleveland area. However, the opportunities for communities and people of Ohio related to wind energy are not evenly spread across the state. The best wind conditions in the state lie in the flatlands in the northwest portions of the state and along the shorelines of Lake Erie. In fact, the only two utility-scale wind farms in the state, Blue Creek and Timber Road, make up 207 of the 302 operational turbines in the state. Much of the manufacturing related to wind energy development is primarily located in the Cleveland area and throughout the western part of the state as well.

However, in 2014, State Congress passed two bills that pushed back the renewable portfolio standards targets (SB 310) and changed setbacks for turbines from 1,300 ft from the nearest inhabited residence to 1,300 ft from the nearest property line. (HB 483). The passage of these bills have created the most restrictive setback policies in the U.S. and has ultimately killed many proposals. In fact, no new wind energy capacity has been added in Ohio since 2014.

As of August 1st 2017, the Ohio Siting Board reports that the state has 255 operating turbines producing 503.8 MW of energy. The potential for onshore wind generation in Ohio is estimated at 110,439 MW, with additional capacity for offshore development on Lake Erie. Currently, Ohio has 713 turbines capable of producing 1,452.7 MW of power currently approved, pending, or in pre-application status, suggesting a strong interest in future development. Despite the limited penetration of wind energy production in the state, Ohio has 61 manufacturing facilities that support the wind industry, more than any other state. The combined activities of construction, manufacturing, and production of wind energy provide 2,000 - 3,000 jobs and $1-5 million in annual lease payments to landowners. 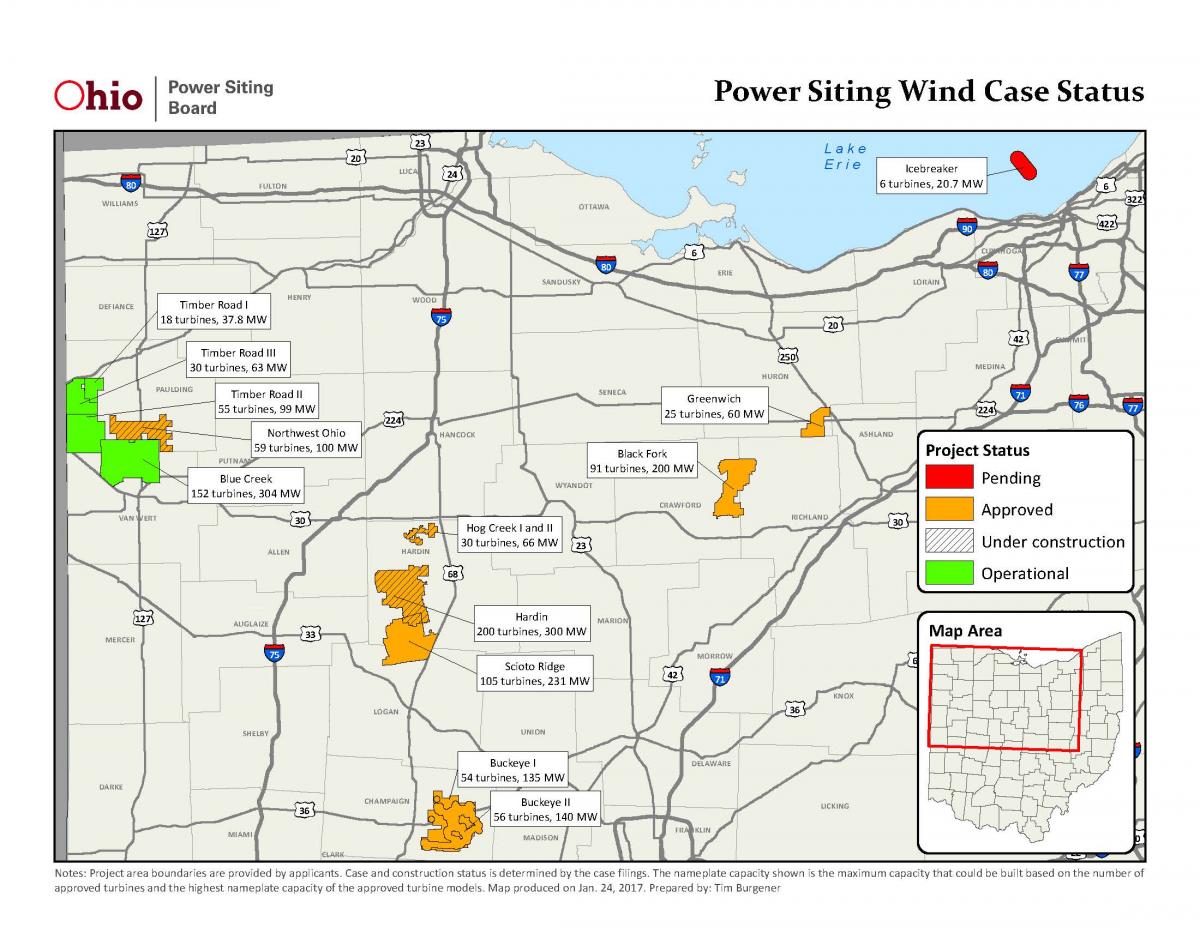 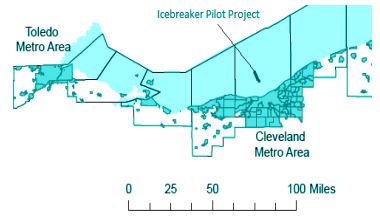 Looking to the future, Ohio is working on the first freshwater offshore wind project off the shores of Cleveland (Icebreaker Project) to assess the feasibility of offshore development. Wind project proposals prior to 2013 have renewed interests. Amazon began planning a wind energy project in Hardin County in 2013 and recently announced the development of a 189 MW wind farm which is expected to begin producing power in December 2017. Ohio siting applications demonstrate that over 3,300 MW of new wind projects are either approved or proposed (Renewable America). This might suggest that Ohio is capable of bringing more wind energy online and companies are willing to invest in the state, providing jobs and tax revenues to local communities.