Energy geography is the study of the spatial networks of energy development and how processes of extraction, distribution, and consumption affect power relations and social characteristics of specific places.  Energy development has geographically diverse impacts depending on the activities associated with a given energy project.  Extractive, distributive, and consumptive activities associated with energy are embedded in local communities that depend on these activities to support a way of life.

The current energy system is unsustainable based on increasing demands, finite resources, and calls to limit carbon emissions amidst a changing climate.  A significant change in the way we produce and consume energy is required in order to have sustainable growth.  This change will involve a decreased use of energy sources with higher carbon emissions, increased natural gas use in electricity generation, and increased reliance on renewable energy technologies.  Emerging energy geographies around renewable energies and natural gas shale plays will bring energy development to new and old places.  It is important to document and understand the changes these communities, people, and industry are going through in order to mitigate detrimental impacts, design more coherent policies at regional and national scales, and understand the spatial relationships new energy systems create.

When Ohio became a state in 1803, it bound together different physical regions that would form three iconic American landscapes: the Great Lake shorelines, rolling hills of Appalachia, and the Midwestern Cornbelt.  The glaciated plains in northern Ohio open to the Great Lake Erie, connecting the region to shipping routes that stretch throughout the world with lighthouses dotting the shoreline.  The Appalachian region paints the southeastern corner of the state and brings with its rich deposits of coal, oil, and gas, as well as a major route for the transportation of manufactured goods.  The foothills of Appalachia slowly dissolve westward into the central lowlands.  The Gateway to the Midwest begins with the Cornbelt of Ohio, where fertile soils and a humid climate ensure agriculture will be successful and the countryside opening up away from the crowded cities and out of the mountains. 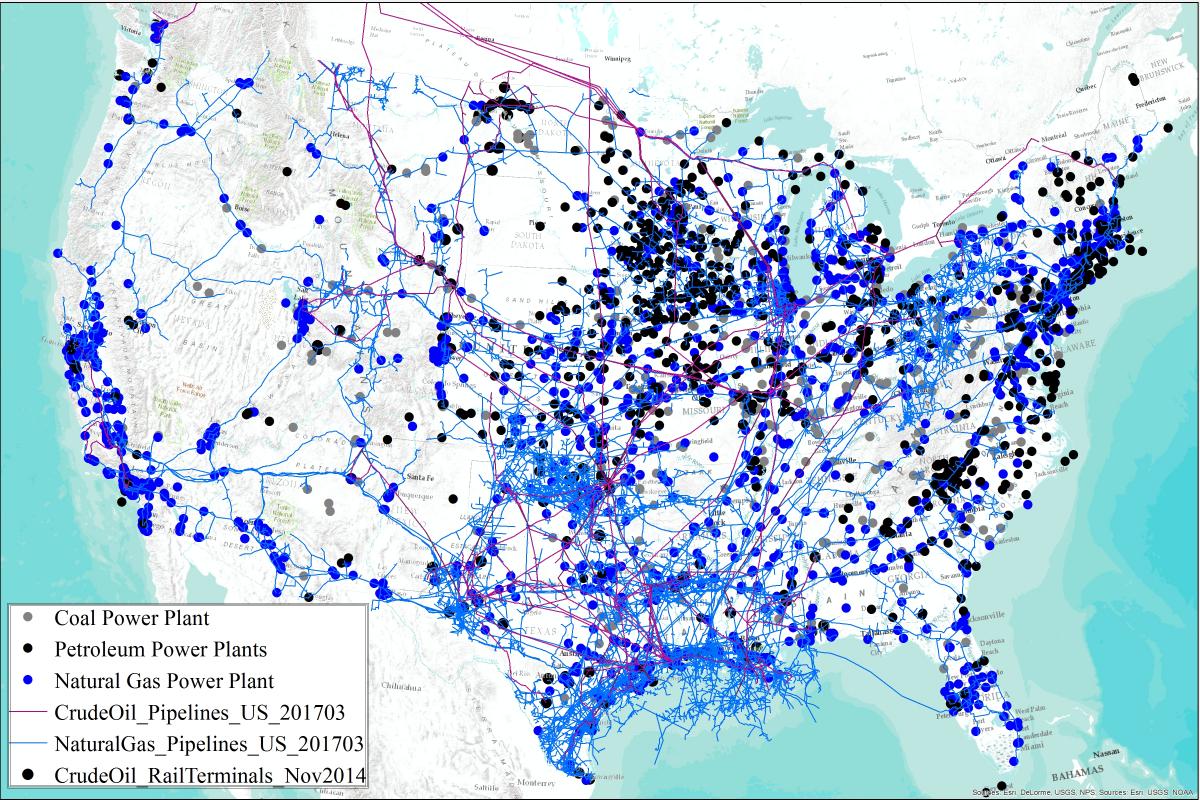 Traditional energy resources are formed through geological processes that typically occur in similar places.  Areas with coal resources are also sitting on top of other sedimentary rock formations that contain an abundance of natural gas and oil.  These areas have landscapes entrenched in extraction and indeed have become iconic American landscapes.  The collection of these resources have afforded some states multiple energy "booms" that have contributed to political and economic power, while other areas such as West Virginia have been considered internal colonies, where resources and power are extracted and held elsewhere.

The geography of energy systems is important in the context of a changing physical and social environment.  The pressures of climate change alongside increasing energy consumption has made the current energy system based on hydrocarbons (coal, oil, gas) unsustainable on economic, environmental, and social measures unsustainable.  Therefore, the transition to a low-carbon society has become a priority for a number of individuals and states.

The transition to renewable energy has geographic consequences.  The current arrangement of localities and their associated demographics in the U.S. has been largely influenced by previous development.  Cumulative causation is the notion that the history of each location has led to a temporal development that is unique, putting various places at different levels of development.  For example, the coal deposits in Appalachia had historically encouraged a number of people to move into these communities for jobs relating to coal extraction.  Consequentially, manufacturers began to co-locate next to these resources as they have high energy demands and need to be located next to people to obtain labor.  Another example can be found along the Gulf of Mexico, where a number of refineries exist, and as a result, a petrochemical economy of scale has developed making everything from plastics to agricultural inputs. 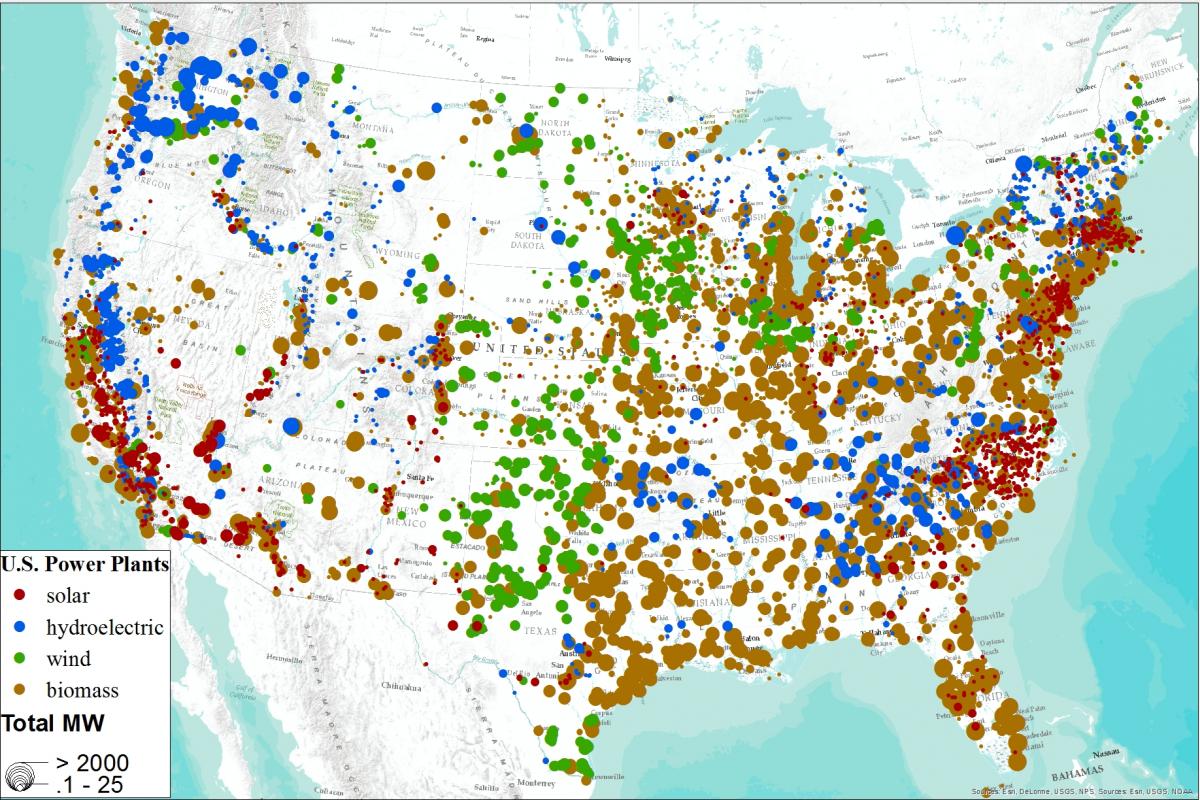 The transition to renewable energy will create new geographies of extraction in rural areas while reshaping the social, economic, and environmental impacts of the production and consumption of energy.  One aspect of the transition to renewable energy is that many rural areas where the technology is to be deployed are not places of consumption and may occur in areas that have no experience with this form of development.  While this may provide much-needed economic salvation to some areas, the associated changes in the landscape can cause experiences of environmental injustice and generate resistance to future development.  Another aspect of the transition to renewable energy concerns the externalities associated with the technology.  In order to provide enough renewable energy to meet an increasing energy demand, these technologies need to develop in larger quantities with better battery storage capacity.  This will increase the demands on rare metals such as lithium and nickel, which have a long legacy of environmental degradation and these resources are largely found in other countries in South America and Africa.  The extraction of these rare metals will also leave the countries where these resources currently reside unable to make their own renewable transition if they have already allowed the product to be utilized by other countries such as the U.S.

There are currently no news items.