Coal is a form of sedimentary rock that has formed when organic matter begins to decay and transition into larger geological processes that convert this matter into a combustible energy source.  It’s widespread use has become a political topic lately as coal use has been linked to climate change and other adverse health impacts associated with its extraction, transportation, and environmental externalities (ash or sludge ponds).  Today, coal is primarily used as a source of electricity and coal-burning electric plants have been the target of policy measures aimed at curbing carbon emissions (Clean Power Plan). 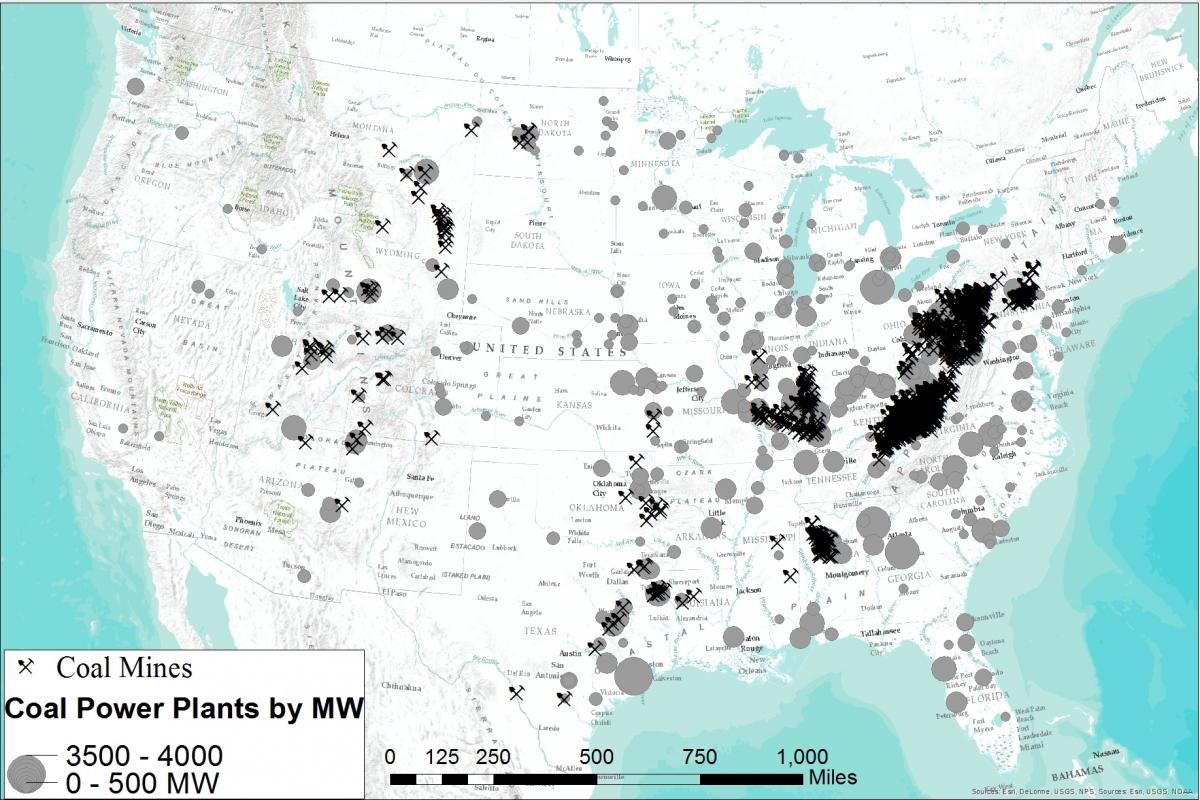 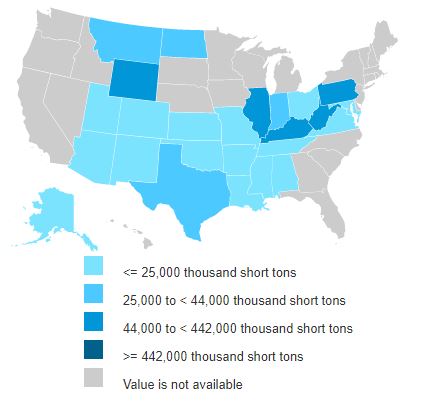 Coal is found in abundance along the Appalachian Basin and its co-location along the Ohio River Valley led to the region’s dominance in manufacturing and energy extraction.  However, the western state of Wyoming dominates coal production by a large amount and is responsible for roughly 42% of the coal produced in the U.S., followed by West Virginia (11%), Kentucky (7%), and Illinois (6%). 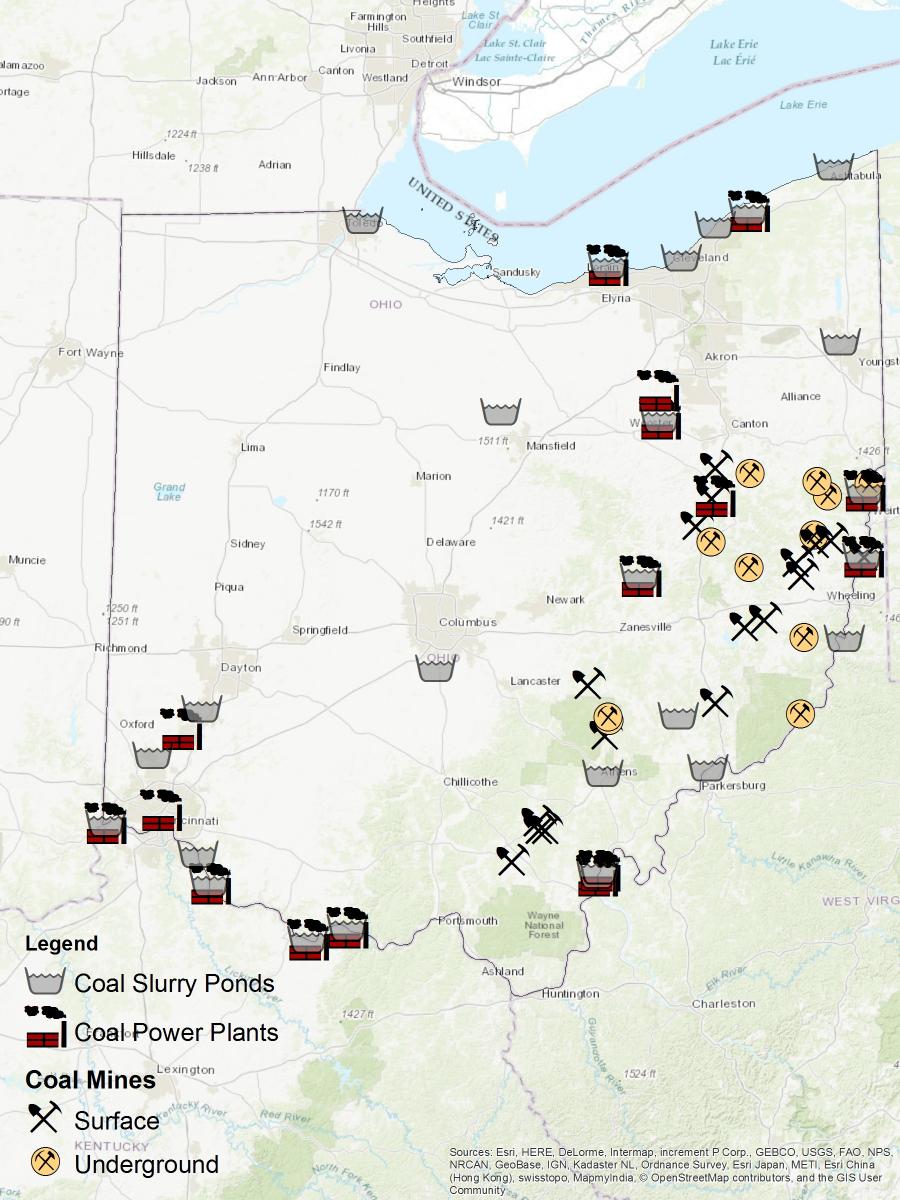 In 2015, Ohio produced 17,041 thousand short tons of coal, which is the 12th most by any state.  However, coal production is higher in almost every surrounding state (IN, KY, WV, PA) other than Michigan.

Coal comes in various forms that can be used for different purposes.  Anthracite contains the most carbon and is the rarest form of coal, which is primarily mined in Northeastern Pennsylvania, used in metals industries.  Bituminous coal contains slightly less carbon and is the most abundant type of coal found in the U.S.  Bituminous coal is primarily mined in West Virginia, Kentucky, Illinois, Indiana, and Pennsylvania, where 73% of the U.S. supply is extracted (2015).  Subbituminous coal has a lower heating value and is not as old as the other two forms.  Nearly 90% of Subbituminous coal is extracted in Wyoming.  Lignite coal is the newest and has less energy content than the other three forms.  Primarily extracted in North Dakota and Texas, its primary use is for electricity and conversion to synthetic natural gas.